We are sorry to hear that a small number of dogs living at City Quay have fallen ill recently and the question was asked if weed killer was a contributing factor.

We the maintenance team are against the use of weed killer as we are pet owners ourselves. We have been pressured by residents to use weed killer due to the plants growing in areas of the site. Furthermore. we have only been using a very diluted dose across the site, a weaker mix than what the manufacturer advises and has been used for several weeks in selected areas where the weeds lie.

Due to the hot weather the use of the chemical has been put to a halt as it has been evaporating extremely fast and is not effective due to this. We can confirm that the last use of the weed killer on site was used on June 15 and would now have long since evaporated.

Future use of weed killer will be suspended indefinitely until the Board have received feedback from our Health & Safety Officer. The Board will then take a decision on whether it’s use is appropriate going forward.

I hope this can help clarify the use of weed killer at City Quay.

Thanks to the aquatic pet rehoming page we set-up on Facebook: Herculaneum Fish, we have managed to grab ourselves another biggie. 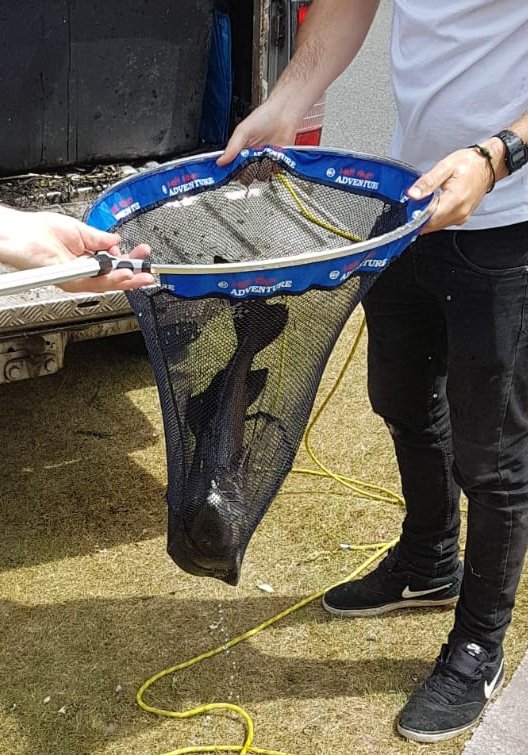 He’s a Long Nose Sturgeon and was donated to us by a local pet shop. In honour of England’s ongoing success in the World Cup, I have named him Kane. 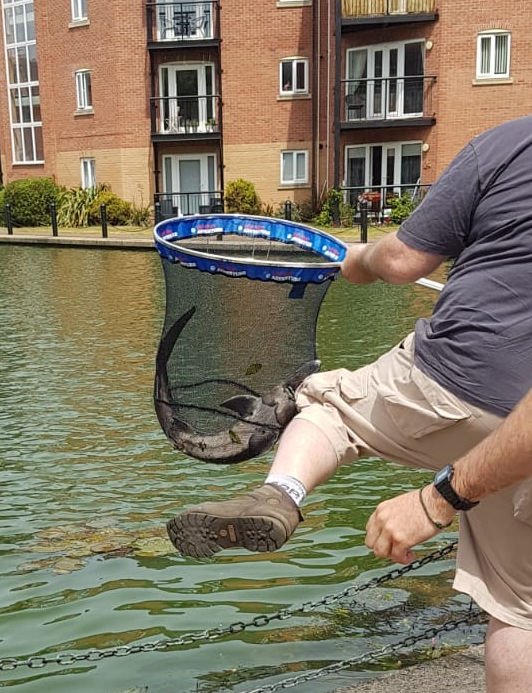 Be careful will walking round the lake at night. Kane’s been known to jump up and give passers by a menacing stare.

We’ve remhomed over a hundred fish so far., so If you get a chance, visit the Facebook page above and do a bit of liking and sharing.

STATEMENT FROM CITY QUAY BOARD

Summary: Historic Fire/Health/Safety compliance problems mean we need to rip-up our budget and strategy and start over – AGM delayed until September 10, 2018

Due to recent events beyond our control and the lack of forethought of previous administrations, have led us to dramatically re-evaluate our priorities.

A recent Fire Safety Audit by Merseyside Fire & Rescue Services (MFRS) has highlighted significant shortcomings that range from the misuse of communal cupboards, to the design of the buildings themselves.

MFRS have noted severe compliance and fire safety issues, which must be addressed immediately.

END_OF_DOCUMENT_TOKEN_TO_BE_REPLACED

You may have noticed all items have been relocated from the communal cupboards into Casemate 12. This has been done in order to comply with requests made by the Merseyside Fire and Rescue Service.

Here are a few examples of the what we found.

As already mentioned, any items found have been placed in Casemate 12. To retrieve your items, you need to raise a ticket or accost a member of the Maintenance Team. They can provide access during working hours Monday to Friday.

Any items remaining after the end of the month will be disposed of.

Moving forward, anything new found in the communal cupboards will be removed and disposed of immediately without notice. If the culprit is identifiable, they will be invoiced for any costs incurred.

Next week, we will be planting our veg and salad plots. So this week coming we need as many volunteers as possible to get the plots ready. Helen and myself have tried to keep on top of it over the last 6 months.

We have new volunteers Graham and Samantha who have mushrooms to grow in the case mates. We need people to give us there expert advise even if they can’t physically help.

I look forward to seeing everyone. Just think fruit veg and salad all summer.