We now have a fresh supply Fobs for the main gates. If yours needs replacing or you are new to City Quay, then they can be purchased by getting in touch with our managing agent, Berkeley Shaw. 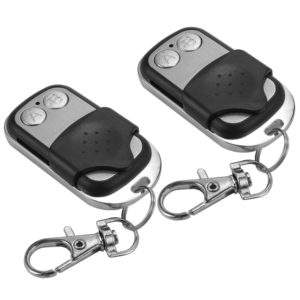 A new forum has been added so that those wishing to take part in the City Quay Residents Group have a place to talk about it.

There is a rumour that there will be a residents meeting with a tentative date of March 2nd. Keep an eye on the forum to check it’s progress.

We have a handful of requests from other residents at City Quay regarding reception of Sky TV. The majority of cases split into two main areas – connectivity issues within the flat itself or end user problems with new equipment or faulty cabling within the apartment (all of which constitute an end user problem that they should fix).

It is the responsibility of the Board to ensure that the buildings within the site, the internal communal areas and areas outside that we all share, are maintained and financially supported for the best use and functionality of all residents and leaseholders at City Quay. Our leases and Board covenants refer to the maintenance and support of the site to be paid for, by all of the leaseholders, for the mutual benefit of all.

Certain things clearly come high in our priorities such as the building infrastructure quality, the wider site and its residents’ health and safety as well as the security of everyone who live on our site. Our rules of Governance prohibit the Board and Officials spending money that is outside very tight areas of responsibility. Non-essential services or services that are not used site wide, can be limited in their support and are at the discretion of the Board.

Using aerials and satellite dishes is one area where we as residents of flats are subject to the demands of a shared service that was never envisaged or designed with an upgrade path that could be future proofed at minimal cost to the wider community within City Quay.

Over the years Satellite dishes have changed and have been repaired at the cost of City Quay. Changes in hardware demands have been paid for only on failure of the existing service. Additional hardware has been added by various satellite engineers over the last 10 years or so. However, any funds used can only be spent at a reasonable rate within the annual budget agreed and presented at the Annual General Meeting of the leaseholders. As such, no current budget has been specifically set aside for this financial year to pay for “an upgrade” to the existing service that isn’t necessarily used by the site community.

As such, the existing Board have taken the decision to withdraw all support for ASTRA satellite distribution to all flats on site other than the original “As Built” condition of the building infrastructure. Sadly, the services provided on the ASTRA satellite which our system is built to distribute on a single cable to each apartment have been overly complicated by Sky in particular, with their desire to deliver more than our service, originally designed in the late 1990’s, can realistically provide.
END_OF_DOCUMENT_TOKEN_TO_BE_REPLACED

Do you have a vision for City Quay? Do you have a set of skills that can benefit the running of this development? Can you spare a few evenings a month? Why not come join the The Brians (yes, there’s two of them), Jane and Mike and be part of The Board of Directors.

Perks include: there are no perks.

If you are a leaseholder of a City Quay apartment and interested in joining, then get in touch now.