Life at City Quay gets more interesting each day!

The site, as we know, was built on the historic “Herculaneum dock” and is ringed by some English Heritage Grade II listed building which had been used to store explosives before and during WWII.

It was also the place which marked the beginning for the old overhead railway, or “Dockers umbrella” as it was locally known. Built in the early 20th century it was finally pulled down in the 1950’s to the consternation of many local people. Ask anyone over the age of 65 about the Dockers umbrella and you are bound to get a reply tinged with nostalgia as it is remembered with affection by those who knew of it. If you go to the back of the estate the sandstone archway which marked its exit from the escarpment is still visible on the left facing the sports centre.

On the other side of the complex just outside of the fence we have the old “Dockers steps” These steps served as a passage from the Dingle area of Liverpool through to the docks and were tramped by hundreds of dock workers each day on their way to queue for work. They have been in place for over 150 years. On a good day I count 72 steps but other days there seem to be 74. Can anyone be sure?

At the bottom of the steps an unknown artist has painted a mural. This covers five panels and depicts life in Liverpool from the early 20th century to around the 1980’s It has references to both World wars,, the general strike of the 1930’s “Boys from the Black Stuff.” by Allan Bleasdale, the dockers umbrella and the Beatles.

It seems a shame that not too many people know about this work of art which sadly is now beginning to crumble.

Take a look, you may see some things I have missed! Look out for the black cat in the middle of the picture.

Meet people and give your legs a workout 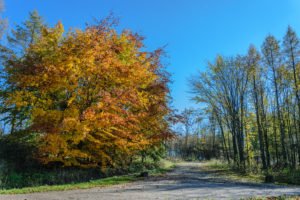 We are a small group that meets on Mondays to go for a walk around the local area, sometimes stop for a coffee and then continue homewards.

If you are interested, please meet at our mini roundabout at the front gate at 10.30am for a gentle walk and get to meet your neighbours.

There is no commitment to join, just come when you are free.

The walk can take between 2-3 hours (including coffee break). 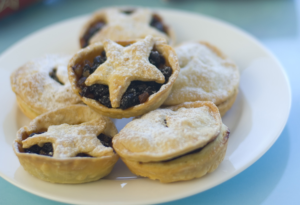 We will be having our next informal meeting with leaseholders and residents at Casemate #5 at 7pm on December 1st.

We will be announcing our strategy for City Quay for the coming months and beyond. We also hope to introduce the new managing agent and have them make a presentation to everyone.

There may even be a few mince pies, so see you there.

City Quay Management have managed to secure a 10% residents discount for new and current gym members of the Nuffield Health Gym next door.

In order to claim your discount, you will need to show proof of address of either Ellerman Road or Adler Way.

Print out the below voucher or use the code CQM011117 and go to gym reception to claim your discount. 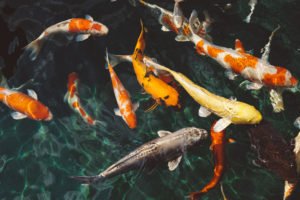 Just a quick update on where we are with adding fish to the lake. I can say that 72 little fishies were given a home in the lake last week. They are very shy right now, but we hope they come up and say hello more frequently.